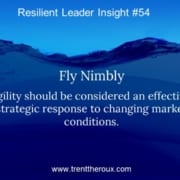 Have you ever had a demanding boss?  The type of boss that intimidates everyone around the office.  He’s a large organization type.  Engrained in a culture that should have been abandoned eons ago.  Workers talk about the boss and hope to goodness that he doesn’t call their work into question?  The type of boss that doesn’t listen to other people’s issues or concerns.  I’m sure we have all had this type authoritarian type of boss.  Well maybe not exactly this type of boss.  Can you picture that boss in your head?  Good.  Does that boss have a deep, deep voice?  Mine does.  Does your boss wear a dark mask?

Imagine that you are the project manager for a large construction project.  This might be one of the biggest construction projects ever undertaken in the universe and the responsibility for completion falls on you.  On time.  On budget.  It is your responsibility.  Now, imagine that the investor’s representative comes for a site inspection.  Naturally, you are a little nervous because you heard that this inspector is a real hatchet man.  At first you try to reassure the inspector that everything is going fine and that you are confident that the project will be completed within schedule.  The inspector is skeptical and after a little pressing you complain that the schedule is too onerous.  The inspector is not a man to be trifled with and your pleas for extra time and resources are denied.  Here’s how the actual encounter happened.

Did you notice the last line the project manager said?  He said, “we shall double our efforts.”  We shall double our efforts.  As if working harder alone will make the difference.  “Men, we thought we were on schedule before, but we weren’t.  Now, I need you to work twice as hard to achieve what we set out to do.”  Quick show of hands.  How many of my constant listeners out there think that this method works?  My magic mirror shows me that most of us feel a disturbance in the force with that one.

“We shall double our efforts.  Work twice as hard as before.”  The storm trooper union is going to have a field day with that work rule.  “As shop steward for the storm trooper local 47, this whole Emperor thing seems to be management’s problem, not labor’s.  So when the dude in black wants to motivate us we would like to refer him to the ombudsman.”

Then there’s the enforcer.  The corporate hatchet man who derives more pleasure from his power than from his success.  Large organizations can be breeding grounds for this type of intimidating behavior.  The type of behavior which punishes the entrepreneur and rewards the bureaucrat.

The rebel forces were the exact opposite.  They were agile, nimble.  Plans and strategies were developed and enacted within precious minutes.  And, they worked!  (I guess we can take a little Hollywood liberty for this metaphor.)  The point is can we find corporate organizations that act and respond the same way?  Can companies display the same level of nimbleness?

I am now going to give you my unscientific, non-peer reviewed, resilient leader theory on nimble organizations.  Are you ready?  Got your pencils out?  Here’s it is.  Fly An X-Wing.  You heard it.  Fly An X-Wing.

If you recall the climactic scene of the movie Star Wars, the only way to destroy the behemoth was to have tiny X-wing fighters fly through this narrow channel, below the defenses, avoid the bad guys’ lasers and launch photon torpedoes into an exhaust shaft only two meters wide within seconds of the death star blowing up a planet!  (Whew maybe I got a little too excited and weirdly detailed here.  Let me back up)

The rebel strategy was that they could not beat the larger organization head to head.  Strength against strength.  Imagine a search engine startup taking on Google. They would lose handily.  Instead, the rebels needed to use a different advantage they had at their disposal.

Baba Prasad, wrote to book  Nimble: Make Yourself and Your Company Resilient in the Age of Constant Change.  You know that I’m love this book based solely on its title. Nimble.  Prasad writes that agility is often confused with speedy, reactive response.  Instead, agility should be considered as speedy, effective response.  And, not always reactive it can be strategic response.

Prasad describes five types of agility. Analytical agility is the first one. It is about being able to change modes of analysis. You’re not stuck with one approach to solving problems; you can have multiple approaches. For instance, in budgeting, you’re not just thinking about returns on investment and discounted cash flows. You may consider flexible budgeting or rolling over static budgeting.

Second is operational agility. If something fails, could we find another way of doing the same stuff? If on a production floor one machine fails, do we have another machine that can take over and do the job?

Communicative agility is all about persuasion. This is where either the marketing function of a company or the persuasive leadership of an individual comes in. You see this often in presidential debates in terms of personal leadership, but also in companies when they handle communication crises, when they have to engage in marketing campaigns to promote a new idea. It allows us to use different persuasive methods. Do we cajole? Do we threaten? Do we use fear? But basically it is about motivation and convincing others about the value of what we’re saying through words and speech.

Prasad for a long time only wrote about the four agilities –– analytical, operational, communicative and inventive. But suddenly one company that he said was a prime example of using these four agilities collapsed overnight. That company was Enron.

That’s why Prasad added a fifth agility, which is called visionary agility. It recognizes the long-term impact of what you’re doing now. It thinks about the ethical implications. It goes beyond the here and now and extends into thinking beyond bottom line, beyond selfishness.

Flying an X-wing fighter gives you this type of agility.  Agility to be analytical, operational, communicative and inventive.  Nimble organizations eschew layers of bureaucracy in favor of leaner, more responsiveness to market changes.

In our continuing quests to grow our businesses, how can we remember not to fall to the dark side and create layers on top of layers?    Let my good friend Yoda give you one example.