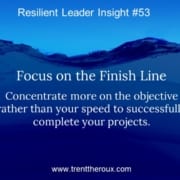 I’m writing this podcast on the 75th anniversary of what is known to me as Victory over Japan Day, or VJ Day.  The surrender of Imperial Japan was announced by Japanese Emperor Hirohito on August 15 and formally signed on September 2, 1945, bringing the hostilities of World War II to a close. This seminal moment in world history closed the chapter on Japanese military dominance in the Pacific rim and opened the chapter of Japanese industrial dominance in the second half of the century.

The date also represents the 35th anniversary of the most humiliating defeat I ever suffered.  Now, I appreciate that my failures don’t rise to the same level as the significant end to the 2nd World War, but to my self-absorbed 17-year-old mind they did.  Reflecting, I can appreciate how both are also connected in another way.

Decimated by the bombings of Hiroshima and Nagasaki and the strain of the Japanese war effort, the Japanese economic engine had every reason to sputter starting in 1946.  Instead the central government took a strong position to help the rebuilding effort.

A system of over-loaning, combined with the government’s relaxation of anti-monopoly laws led to the re-emergence of conglomerate groups called keiretsu that mirrored the wartime conglomerates,. Led by the economic improvement of Sony  the keiretsu efficiently allocated resources and became competitive internationally.[13]

Keiretsu also fostered an attitude shift among Japanese managers that tolerated low profits in the short-run because keiretsu were less concerned with increasing stock dividends and profits and more concerned about interest payments. Approximately only two-thirds of the shares of a given company were traded, cushioning keiretsu against market fluctuations and allowing keiretsu managers to plan for the long-term and maximize market shares instead of focusing on short-term profits.

This last statement is the most unique of all.  Japan eschewed the short-term view of quarterly profits, unlike most American companies.  Instead, they choose to see business on a longer continuum.

Part of the Japanese management mindset came from a man named Peter Drucker.  Peter Drucker was a business thinker and in 1942 was allowed complete access to General Motors to analyze their operations.  At the time, GM was the largest company in the world.  During his two-year stint at GM, Drucker attended every board meeting, management gathering and interviewed every employee.  His book Concept of the Corporation popularized the GM multidivisional structure, but it also took aim at GM’s deficiencies in customer and employee relations.  (It is a great read for those who are growing their companies.)

One of Drucker’s biggest teachings was respect for the worker. Drucker believed that employees are assets not liabilities. He taught that knowledgeable workers are the essential ingredients of the modern economy, and that a hybrid management model is the sole method of demonstrating an employee’s value to the organization. Central to this philosophy is the view that people are an organization’s most valuable resource, and that a manager’s job is both to prepare people to perform and to give them freedom to do so.[39]       Sound a little familiar to our constant listeners?  Hmmm?

Drucker also wrote, a company’s primary responsibility is to serve its customers. Profit is not the primary goal, but rather an essential condition for the company’s continued existence and sustainability.[48]

Lastly, the one I want to focus on today, Drucker wrote, a belief that taking action without thinking is the cause of every failure.  How often do we as developing resilient leaders do this?  How often do we charge off to conquer only to end up just meandering aimlessly?

In 1985, I raced in the annual VJ Day swim in my home town.  The point-to-point race was 1.5 miles from Rumstick Point to Colt State Park.

This year there were no more than thirty participants, including the reining two-time champion Dave King.  It was my third year swimming and last year I finished third.  This year, the chub that insulated my torso since birth had started to fill out and I was training with my local swim club for the summer.  I had just graduated high school and I was in full peacock mode.

A mile-and-a-half swim might be around 35 minutes, depending on current.  We were swimming with the tide that day and it felt like I was on airport moving walkway.  I parked myself at Dave King’s eight o’clock.  I naturally breathe to my left and I could watch him with every stroke.

King wasn’t setting a blistering pace.  In fact, it was rather casual.  I didn’t even feel like I was working.  I occasionally looked around to ensure that we had separated from the pack.  It was just two-time reigning champ Dave King swimming next to soon to be current champ of the annual VJ Day swim.

The finish was at the Bristol town beach.  To be fair, the finish was between two orange buoys fifty yards off the beach.  And, I could now see them.  My strategy had been simple – wait for the last 250 yards then put the hammer down.  Sprint balls out to the finish.  Show Dave King that he was no longer the king.  I was trained, I was fit, I had speed and I was ready.

Sprinting for me starts in the legs.  I opened up to a twelve beat kick and left his highness behind in my wake.  I blazed ahead, higher on the water, up on plane so to speak.  Flying through the water.  200 yards out.  150 yards out.  100 yards out.  I sighted the orange buoy and powered toward the finish.

The buoy went by in a blur as I flipped over onto my back to watch the King finish second.  He was a good 50 yards behind me.  I couldn’t believe how much I smoked him over the last…wait a second…why is he swimming more to my left?  I looked around.  Frantically, I noticed that there was only one buoy on my side.  I missed the finishing chute!  King was only 10 strokes or so away.  Stroking hard to overcome the inertia of being vertical in the water,  I used every last ounce of energy to go around the buoy before the King arrived.

The next morning, I heard the local news report on my way to work.  The sports headline was King wins by one second.  The two local goofball DJs were joking about the things they could do in just one second.  The Providence Journal, the state’s largest newspaper, reported the story on the front page of their sports section, right under the Red Sox score.  A picture of the finish, with The King and I in the water.  Dave King was quoted, “It goes to show you that age and experience always defeats youth.”

I learned a hard lesson that day.  Being more focused on going fast than the finish line.  As developing resilient leaders quite often we may find ourselves at the time in life when we want to peacock, our quarterly earnings soared, we received that special promotion.  Remember, we need to focus on the finish line.  Sometimes, it’s close to us.  Sometimes, it’s longer than we think into the future.

Can I give you a post-script to this story?  I returned to the VJ Day swim the next year.  King did not.  I won the race.  It wasn’t even close.  The newspaper reported the event and I was quoted as saying, “Youth endures.”  The victory felt hollow.  Four years later, I saw Dave King again.  We were both swimming laps at the Providence College pool and I challenged him to a race.  It wasn’t even close.  And again, the victory felt hollow.  Only years later did I come to appreciate that most often you only have one chance to cross each finish line.  I failed in my race against King because I was focused on the wrong item.  I’ve succeeded in many more finish lines because I learned my lesson.

If you enjoyed this episode, please subscribe.  That way you can enjoy developing resilient leader theories hot off the presses.  Next week, I’m providing virtual coaching to a company going through a strategic change and who needs help aligning their organization.  If you have an organizational question that you would like looked at through the developing resilient leader lens, please send me an email at info@trenttheroux.com.  If would be thrilled to take a look at it for you.

Lastly, I want to honor the brave men and women who were involved in our nation’s defense in World War II.  My family sleeps under the blanket of freedom they provided.  We are grateful for their sacrifice.