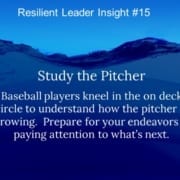 Did you watch the royal birth last month? It was beautiful, regal and proper. I was fascinated by how perfectly orchestrated little Archie Mountbatten-Windsor was fit into the family. First, the queen. She’s been the queen for over 60 years. Then there’s Charles in his fake military garb. William stood proud and tall followed closely by his children; George, Charlotte and Louis.  Next is the groom Harry. Prince Harry. In some respects this is his day. But in my eyes his still only sixth in line for the crown. Don’t you love a good succession plan?

Succession planning in the house of Windsor is serious business. Did you know that if you are one of the first six in line it is required to have the sovereign’s consent before you marry? Without such consent they, and their children, would be disqualified from succession.

The formal succession planning extends quite a bit. Did you know that the fiftieth in line to the crown is Maud Windsor?  Neither did I. Daughter of Prince Michael of Kent (48th), son of Prince Edward, Duke of Kent (37th), whose grandfather would be the same as Queen Elizabeth’s.  It get gets a little confusing. And gosh forbid you marry a Catholic. That throws the whole matrix off – except following the Succession Act of 2013, they now tolerate Catholics and will put you back in line. (No cutsies.)

That’s not how resilient leaders would design succession planning. I’m more a fan of an egalitarian approach. Succession planning based on merit rather than the lucky… club…you know which one.

General Electric’s succession planning approach requires six years to make a transition at the top. Their process starts with moving new leaders throughout the organization to give them stretch experiences.

The theory is simple. Here’s how it works. When an inning starts, the batter due up digs in into the batter’s box and takes his turn at bat. The next batter steps out of the dugout and into the on deck circle. The batter in the on deck circle is there for two reasons. First, to get his body loose to swing, but more importantly to take a measure of how the pitcher is pitching to the guy at bat. The on-deck batter is watching for changes in pitch velocity, determining if the pitcher is getting tired or if he’s losing control of his pitches. This is all valuable intel for the on deck batter. The same approach holds true for resilient leaders. There is going to be a time when we are at bat, when we are going to be pressed into action, when the succession plan falls to us. The amount of preparation you have for you turn at bat will correlate directly to how well you will swing when the pitches are thrown to you.

There are several predictive algorithms which can mathematically express this theory. Sorry, I can’t explain them because the math is a little beyond my comprehension, but I believe their conclusions to be true.

Quick show of hands how many of you asked more than five questions today? My Magic Mirror tells me that not many of you did?

Folks, thank you for listening to Swimming in the Flood. Resilient leaders face challenging currents and it is tough navigating, but with one tack or another we can get there together. You can find more podcasts and videos on my website at www.trenttheroux.com. Music today is from Bensound. If you enjoyed today’s show, please tell a friend, share the link on your social network…subscribe. I would be happy to discuss speaking at your next conference or event. Just write to me at info@trenttheroux.com. Speaking of writing to me, I want to thank my favorite CPA, Judith Ventura Enright for giving me the idea for this podcast. Send me a quick message if you have an idea that needs to be looked at through a resilient leader lens. Thanks again for listening. I look forward to getting together next week.

16. Fly In Orlando
Scroll to top