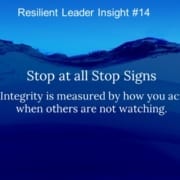 Have you ever witnessed a crime being committed within close proximity to you?  How did you react? Were you scared by the atrocity and immobilized – unable to respond? Did you pounce like a jaguar nabbing its prey ready to thwart the action? Or did you just say to yourself, “Is that guy really stealing a book from this bookstore?”

I was standing in a kiosk in the Louis Armstrong airport in New Orleans. I had given a speech earlier in the morning and I was flying home. The kiosk was your typical airport sundries store that included a wall of books and magazines. Unlike many of these stores, we were in the actual aisle way, not inside a store. I was perusing some paperbacks next to a 60-something gentleman sporting a thin greyish beard and wearing a sharp navy blue blazer. We stood next to each other for no more than a minute before he took the book he was examining and stuffed it inside his jacket under his left arm.

I was stunned. Did I just witness someone stealing or was he putting it there to hold it while he shopped more? Nope. He took a direct line into the aisle way and started walking towards his gate. I was appalled and angry. My immediate reaction was to do my civic duty and stop this book thief. I took three steps towards the aisle way before I realized that I was conspicuously holding a new, unpaid for book. I went back to the shelf – placed my book down – and chased after the thief.

This older man must have been skilled in the art of evading authorities because within a matter of 20 seconds since stealing the book he was gone. I hurried down the aisle searching for his navy blue blazer – his most distinguishable feature. I reached the end of the concourse and began to double back. As you can infer from this retelling, I’m no Jason Bourne. I began to double back when I saw him handing his boarding pass to the airline agent. I was prepared to yell, “Stop! Book Thief.”

In the nanosecond between thinking of my action and actually yelling a huge red flag waved in front in me reading, “People who yell in airports do not make their flights on-time.” So, I watched him board – with his stolen book.

Waiting for my flight, I was reflecting on the incident trying to understand why the gentleman, decided to go Winona Ryder rummaging through Sak’s 5th Avenue. From all appearances, he has means. So, why reduce yourself to shoplifting?

My thoughts then turned to my reaction. Why was I appalled at something he was doing? Why did it bother me that he was stealing a book from a store? I wasn’t the one stealing. I try to develop resilient leader’s mindsets, but this was a hard question and I didn’t have an immediate answer.

I broke the question down to the premise that stealing would violate my sense of integrity. And his stealing was such an affront to my moral code that I was left with the visceral response to hunt him down – and potentially handcuff him to the airplane gateway – and beat a confession out of him – with the book he stole. But, that’s just me.

The theory is simple. My sophomore year English teacher, Mrs. Johnson, told a story about her husband that made me want to emulate him. She said that they were driving home one evening at about one o’clock in the morning and approached a light turning red. Her husband stopped the car and waited for the light to cycle back to green. Mrs. Johnson said that there was no one near the intersection. In fact, no on anywhere to be seen. She admitted that she would have gone through the light as it really wasn’t directing any traffic. Her husband chose to wait. And follow the law.

There was a message in that story about integrity for me.

Quick show of hands how many of you have driven through a red light when there was no one around? My Magic Mirror tells me that quite a few of you have? It’s perfectly rational to drive through the red light. Heck, the light’s function is to regulate traffic. There is no traffic. Hence, there is nothing to regulate. That’s the definition of Socratic logic.

But, he waited. His value system rose higher than the logic that he was the only driver on the road. Mr. Johnson displayed his integrity and respect for the law over the expedience and logic of the system. Resilient leaders demonstrate integrity. I’m not saying that every resilient leader should stop at the light at one in the morning. No, I am saying that resilient leaders have a code of ethics they follow and that they should be true to that code.

Do you know the name Andrew Fastow? This man will not be considered a resilient leader.  Fastow was the Chief Financial Officer of Enron. You remember Enron. They famously went bankrupt in 2001 shortly after their stock price hit an all-time high.  Fastow was the engineer of how to manipulate financial statements to inflate quarterly earnings while hiding the company’s true financial position. Here is an example of their shenanigans. The story is called the Nigerian Barge Deal. No – I’m serious. It’s known as the Nigerian Barge Deal.

Fastow calls his banker at Merrill Lynch on December 29th and says, “Bob, I’m going to sell you some oil tankers today.”  Bob was confused. “But, I don’t want any oil tankers.” “Oh, you’re going to want these oil tankers.” “Andy, I’m a banker. We lend money. What do I need oil tankers for?” “Bob, I’ve got these oil tankers in Nigeria that I need to sell today, before year end.  Now, here’s the deal. You buy the tankers from me today for $12 million. And, on June 1st, I will buy the tankers back from you for $15 million.  How does that sound?” “Let me get this straight, Andy, you want to sell me $12 million worth of oil tankers and you want to buy them back six months later $15 million?”  “That’s right. I will put it writing to guarantee the repurchase.”

That transaction actually happened! I kid you not. You might ask, “How does someone make money on that transaction?” Good question. Quick accounting refresher for you. When you sell an asset you record the gain or loss on that asset by subtracting the sale price from the book value. The trick here is that the tankers were fully depreciated, thus had zero book value. The entire transaction was a gain for Enron and could be recorded as such on their quarterly financials. A scam right? Not quite.

Fastow is the antithesis of a resilient leader.  Fastow was fast and loose with the rules of Special Purpose Entities and spent much of his time obfuscating Enron’s true financial position.  Fastow was the Chief Financial Officer of a multi-billion-dollar business. The position should be held by someone an appropriate level of integrity.  Not some flim-flam artist.

This chicanery was so blatant that the US government changed the rules for tax returns. Now, a CEO and the CFO sign the tax return, under the penalty of perjury, meaning that if you commit these kinds of acts then you will go to prison. Fastow was sentenced to six years in prison for his actions. And, if I were the judge I would have put the book thief in the cell next to him. – And give him nothing to read.

Folks, thank you for listening to Swimming in the Flood. Resilient leaders face challenging currents and it is tough navigating, but with one tack or another we can get there together. You can find more podcasts and videos on my website at www.trenttheroux.com. Music today is from Bensound. If you enjoyed today’s show, please tell a friend, leave a comment…subscribe. I would be happy to discuss speaking at your next conference or event. Just write to me at info@trenttheroux.com.  I look forward to getting together next week.

15. The On Deck Hitter
Scroll to top