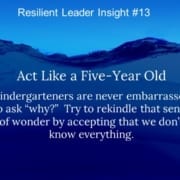 Are you a vegetarian, a vegan, pescatarian, beegan, a flexitarians? In know that many of you in my audience are. If so you are going to hate my next sentence. (breathe heavy) I love cheeseburgers. I love, L-O-V-E cheeseburgers. I order them and eat them two at a time. ¼ ounce of onion, 1/8 pound of ground beef, 1 plain hamburger bun, salt, 1 tablespoon of ketchup, a teaspoon of mustard, 2 dill pickle slices and cheese…glorious American cheese. My goodness, I’m salivating. And, even if you despise cheeseburgers, you are going to love this story about the persistence required to make these beauties perfect every time….even if you will never eat one in your life.
(Music) Welcome to Swimming in the Flood; a podcast where develop the resilient leader’s mindset by navigating difficult currents in business. My name is Trent Theroux.
The deliciousness and consistency of the McDonald’s cheeseburger is the result of one man’s efforts, Ray Kroc. When I was young, I learned that Ray Kroc was the founder of McDonald’s. That’s what he called himself. Kroc was the founder of the McDonald’s corporation, but not the founders of McDonald’s. That distinction belonged to Dick and Maurice McDonald. The movie titled Founder, with Michael Keaton, one of my favorite actors, is a gem of a biopic with some great insight on the McDonald’s we know today.
Dick McDonald conceived of turning the production of hamburgers and cheeseburgers into an assembly line production to guarantee consistent quality with each product. The concept was wildly successful, the 300 billionth cheeseburger served last year. The model in on par with Henry Ford’s transformation of the automobile assembly line.
But, I don’t want this story to be about production techniques but rather how resilient leaders can model themselves after McDonalds, even if they are only ordering a salad.
Kroc struggled in developing the McDonalds brand. It was no different than what every other entrepreneur experiences – rejection is a common appetizer. Kroc thought about his work this way.
Nothing in the world can take the place of persistence. Genius will not. Unrewarded genius is almost a problem. Talent will not. The world is filled with unsuccessful men of talent. Education alone will not. The world is filled with educated derelicts. Kroc simply and succinctly identifies one of the paramount traits of resilient leaders – persistence. It is through this developed trait that we can earn the title of resilient.
Kroc used his vision of a nationwide brands as a backdrop, for his short term and intermediate term goals – each of these requiring a significant level of diligence. It took months for Kroc to convince the McDonalds to allow him to franchise their restaurant. The McDonalds were content to keep running their single hamburger stand in San Bernardino, California. Kroc’s fastidiousness in his vision compelled the McDonalds to give him the franchising opportunity.
From there, Kroc learned some hard lessons. His initial attempts to find franchisees started with some of his country club brethren, who lackadaisical about running their franchises to McDonalds’s standards. Ultimately, Kroc needed to force them out and found franchisees who were seeking a piece of the American pie at the same time Kroc was trying to build a new pie. These new owners were young families, hardworking, in the mold of Kroc himself. In small cities and towns, Kroc would find these new style of business owners and develop them into strong franchisees.

I am now going to give you my unscientific, non-peer reviewed, resilient leader theory on persistence. Are you ready? Got your pencils out? Here’s it is. Ask questions like a 5-year old. You heard it. Ask questions like a five year old. This theory has been endorsed by at least two classes of kindergartners at Primrose Hill School
The theory is simple. Kindergartner’s questions play an important role in cognitive development. When children encounter a problem with their current knowledge state –a gap, some ambiguity they don’t know how to resolve, asking a question allows them to get targeted information exactly when they need it.

Quick show of hands how many of you asked more than five questions today? My Magic Mirror tells me that not many of you did? Why is that? Do you know everything? Most likely not. Then, why be hesitant to ask questions? Many of us are probably embarrassed to admit, other than to your smartphone that we don’t know the answer to something. Children don’t have that embarrassment. Their teachers are always asking their students questions. The children think it is perfectly normal to ask questions all day long.
Have you ever spent an afternoon with a 5-year old? It’s exhausting to answer all the why questions. Children are the most persistent beings on the planet when they don’t understand something. What happened to the 5-year old you? How did you change from someone who had a thirst for new answers to someone who know most of the answers?
Resilient leaders need to get in the business of persistently asking questions to fill in the gaps of what we don’t know. Too many of us – and I will stand in front of the marching band here –ASSUME the knowledge we don’t know. We can make connections and assume. Resilient leaders should get in the business of asking questions – on a regular basis to fill the knowledge gaps we have. Let go of any embarrassment you have that you should know an answer. By asking a question you achieve two items; first you get the precise knowledge you need and second, you flatter the person you asked because it shows that you respect their knowledge on the subject.
Ray Kroc was a five-year old the first time he went to McDonalds. Ray was a milkshake mixer salesman and a small takeout restaurant in San Bernardino bought an order of nine 5-cup mixers. Kroc was puzzled how a restaurant would need the capacity to make 45 milkshakes at the same time. He pestered the McDonalds with questions about their business and their process. He was – what many of us tire over, but now appreciate – acting like a 5-year old.
One of my favorite questions is this? McDonald’s

Folks, thank you for listening to Swimming in the Flood. Resilient leaders face challenging currents and it is tough navigating, but with one tack or another we can get there together. You can find more podcasts and videos on my website at www.trenttheroux.com. If you enjoyed today’s show, please tell a friend, leave a comment…subscribe. I would be happy to discuss speaking at your next conference or event. Just write to me at info@trenttheroux.com. I look forward to getting together next week.
Before we go, I have one bonus story for you about one of my first encounters with McDonalds. It’s from my book Fillet to Finish, which is available on Amazon. Enjoy

Baseball was the only sport I knew growing up. I can’t remember when I got my first glove but I remember playing catch with my Dad in the street in front of our first house on Rosedale Court. Playing catch must have been very frustrating for him. It seemed that every other throw I made was over his head or below his feet. The most vivid memories I have of my Dad playing catch with me was watching him running down the street away from me chasing my errant throw.
Baseball improved when I got my uniform at age eight. Now I was a real player – in a uniform. The front of which read McDonald’s. I was playing for McDonald’s. In my first ever baseball at bat, I hit a pop-up to the shortstop which was misplayed into a home run. I scampered around the bases as the other team needlessly threw the ball around. One player thought he was playing kickball and tried to hit me with his throw. The screaming was intense. The other team screamed for the ball and my coaches screamed for me to make my fat ass run. And, my run was the winning one.
Following the game, the dads drove us all to McDonald’s for a celebration. The workers at McDonald’s must have heard about our rousing victory as they GAVE each player a cheeseburger, fries and a small coke. The celebration carried on for hours, or maybe 20 minutes, as it was a school night.
In our next game, the other team trounced us. Adding injury to insult, I was hit in the face with a ground ball making my cheek swell three sizes. Funny though, after the game the dads took us to McDonald’s and the servers again gave us a free cheeseburger, small fry and a coke. Why we were receiving the winning treatment following our devastating loss? My dad told me that McDonald’s sponsored the team and that they would give us this food after every game. A Sponsor? I was a baseball player with a sponsor! I no longer felt like a three strikeout, two error, swollen cheeked boy. I was a baseball Phenom with a sponsor. The elation lasted all season. Win or lose, I would get the royal treatment.
The next season arrived. On opening day, I picked some daisies in center field and thought about the free cheeseburger coming my way. Following the game, the dads drove a different route to McDonald’s. We were parked in a different lot and I asked my father why we weren’t at McDonald’s. He broke the devastating news. McDonald’s no longer sponsored us. This year, we were being sponsored by the Disabled American Veterans.
Well, that explained the large D.A.V. on the side of the wall. And, for the next thirty minutes we listened to a one-armed Italian man recount how he rolled in tanks through Palermo with some guy named Patton. He gesticulated with his sole appendage as if he were taking on the Huns again. On the plus side, they did serve us apple juice. I guess sponsorship isn’t all it’s cracked up to be.
Folks, thank you for listening to Swimming in the Flood. I’ll see you next week.

14. The Book Thief
Scroll to top