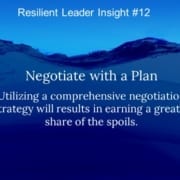 Did you know that I was connected to the mob? We don’t like to talk about that around here, but it’s true. I’m no made man or on the inside. I’ve just used my friend to handle a few sensitive jobs in…real estate. Oh, you’ve never heard of the real estate crime syndicate? Maybe because they like to keep it in the family.

Extortion is the practice of obtaining something, especially money, through force or threats. This sounds a lot to me like… the real estate industry. If you want protection in your real estate business then you need to pay for the protection of MLS, the multiple listing service. This is the database utilized by the National Association of Realtors. It was created in 1975 and had the same effect on real estate that the Volstead Act (the constitutional amendment prohibiting alcohol) had on crime, both created powerful organizations with the ability to make their enemies sleep with the fishes. In MLS, each listing would be uploaded in the database and was accessible only to realtors who paid the fees for access.

Because realtors had this monopoly on information they were able to charge a healthy, standard fee of 6%. Six percent of each transaction dollar went into the realtor’s coffers as a tax for their services. Did you know that in 2005, the Justice Department sues the National Association of Realtors over anti-competitive practices? The language of the suit was the same as for racketeering. They were sued because the NAR withheld listing from web portals, they were locked in outdated business models and discouraged price competition.

Before the internet, the realtors may well have earned their fee. They might have had to drive a family around viewing houses over four or five weekends until they found one that they liked. The sellers required this level of effort to get potential buyers into their house and were willing to pay for access to the realtor’s buyer connections because they didn’t have another way to attract buyers in large numbers.

I want to go off on a tangent. My family wanted to sell our house ten years ago. It was a great house in a great town. The family wanted to live in a different neighborhood and it was up to me to sell the house. So, I call my realtor friend and told her to crank up the machine it was time to sell. She told me that because we were friends she would able to talk her boss down to only a 5% commission. I thanked her, but as a developing resilient leader I was always seeking ways to improve outcomes for all parties. I believe that people work best when good incentives are around. I’m not talking just about money there are plenty of incentives to motivate people, but in the real estate business…money is the motivator. I thought about the commission structure. My target to sell the house was $500,000. At the “friends and family” rate of 5% that would cost me $25,000. But here was the real rub. If we sold the house for $490,000…$10,000 less than target the difference would only cost her $500. That seemed insane. There was no incentive to get to my target…just incentive to get close enough. For the sake of time and effort, she could cut the price by $50,000 and it wouldn’t cost her much at all.

I thought about ways to maneuver around this disincentive and I asked her, “What would happen if I put a sign on my front lawn advertising that the house was for sale at $400,000?  “She said that someone would bring cash in a bag that day. I said right. Then, I don’t need you for the first $400,000 of the sale. I only need you for anything more than $400,000.  I said let’s make this deal… for every dollar we sell the house over $400,000 I will pay you a commission of 25%. That way if we hit the target of $500 you will be paid the same, but if you can get me even a little more, then you would be earning at a far greater rate.

I thought this was a brilliant way to improve the pie for both parties. I had a higher probability of achieving my goal and the realtor would be properly incentivized to overachieve. I may have patted myself on the back as I was describing the details. The realtor struggled to understand the concept. I explain it again and I explained it to her boss, who rejected it saying that they couldn’t do that type of transaction. Two other real estate companies rejected my idea as well. They couldn’t do it that way. The real reason is not that they couldn’t do it that way it was that they WOULDN’T do it that way. It was a choice. And, a bad one for achieving the customer’s (in this case me) objectives.

I am now going to give you my unscientific, non-peer reviewed, resilient leader theory on outdated business models and restraint of competition.  Are you ready? Got your pencils out? Here it is: Always face the door when you’re eating at a restaurant. You heard it. Always face the door when eating at a restaurant. This theory has been endorsed by at least three deceased members of the Colombo crime family.

The theory is simple. If you are not paying attention to where your competition is coming from it’s easy to get two in the back of the head. While the National Association of Realtors were keeping their heads down and controlling their racket, the internet developed and with it paths for increasing competition. With the advent of sites like Zillow and Trulia, buyers had options to reduce the transaction costs.

Billy Joel had it right, “the good ole days weren’t always good and tomorrow ain’t as bad as it seems.” Resilient leaders need to be prepared for technological and business model changes that are coming…that will be an eventuality. Trying to strong arm the past doesn’t work.

In 1971, Frances Ford Coppola was in the process of shooting the movie The Godfather. The Italian-American Civil Rights League wanted the production halted because they were tired of seeing Italians portrayed as thugs in movies. Now, the Italia-American League we no bunch of do-gooders, but rather was founded by Joseph Colombo, head of the Colombo one of the five families of New York.  Colombo’s men began harassing the production crew; sending intimidating notes, breaking windows, stealing equipment – being a general disruption. Mob controlled unions refused to let Coppola film in certain neighborhoods.

Eventually, Paramount set up a meeting with the mob to understand what they wanted. Colombo had only one demand. He did not want the movie to use the term mafia. This was going to be an easy deal to negotiate for Paramount because the screenplay referenced the term once. Once! So, the agreement was made, and the word mafia was never uttered in the greatest mafia movie of all time.

Following the deal, gangsters started showing up at production sites offering tips on how to act more gangster-like. One of the Colombo family was actually cast as Carlo Rizzi, the son-in-law of The Godfather. Progress was coming and progress was made.  The story changed a little on June 28th, 1971. As production was winding down, a hitman shot Joseph Colombo in the head.  I guess that progress doesn’t come for everyone.

Folks, thank you for listening to Swimming in the Flood. Resilient leaders face challenging currents and it is tough navigating, but with one tack or another we can get there together. You can find more podcasts and videos on my website at www.trenttheroux.com. Music today is from Bensound. If you enjoyed today’s show, please tell a friend, leave a comment…subscribe. I would be happy to discuss speaking at your next conference or event. Just write to me at info@trenttheroux.com. I look forward to getting together next week. It’s an offer you can’t refuse.