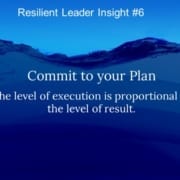 Have you ever witnessed an execution? Watched someone walk down the green mile? Was it gruesome and sickening? Were you in the audience? Were you the one pulling the levers? Or were you strapped into Old Sparky?

I’m looking at the top row of my bookshelf which is holding ten business management books. Of the ten, six have the word execute or execution in the title. There are over 2,000 pages about execution on my bookshelf. Why so many? This is a small bookshelf. How many books and pages are there in my town library 20,000, or in the library of congress 2,000,000?  Two million pages about execution. It’s almost ridiculous. Just for some perspective. Einstein’s Special Theory of Relativity is only 17 pages, and that includes the mathematical formulas. Einstein theorizes and wins a Nobel Prize on the space time continuum in what is tantamount to a pamphlet compared to the tomes collecting dust on my bookshelf. Or the thousands I don’t know about in the library of congress.

Are each of these authors right? The authors on my bookshelf have all have written about ways to execute a strategy, but are they really different?  One of the books on my shelf is titled Execution: The Discipline of Getting Things Done by Larry Bossidy, former Chairman and CEO of Honeywell and Allied Signal. He wrote, “Execution has to be a part of a company’s strategy and its goals. It is the missing link between aspirations and results. As such, it is a major – indeed, the major – job of a business leader. If you don’t know how to execute, the whole of your effort as a leader will always be less than the sum of its parts.”

Wow! Just wow! That is seriously profound. I wish I could have watched him execute someone. Bossidy’s track record of success at Allied Signal in the aerospace industry during the 1990s was hugely impressive. Allied Signal had 31 consecutive quarters of earnings-per-share growth of 13% or more. Under his tenure, the stock was an 8-bagger (Peter Lynch slang for: it grew eight-fold).

Larry also wrote, “An environment of fast growth can cover a multitude of sins, but an era of slow growth will magnify every shortcoming of every person in the business, especially the leaders.” Another very true statement.

I’m sure that you’ve watched some executions go horribly wrong. And when they do people get fired, laid off, businesses close. My first job out of college was working for Bank of New England in the mortgage foreclosure department. If you have heard of BNE don’t worry you are not behind the times. It went bankrupt in 1991, just a month after I left. (No snickering please…its wasn’t me.) In 1985, BNE was involved in a case which went to the Supreme Court challenging a law prohibiting interstate bank holding companies.  BNE won the case then went on a buying spree. They bought Connecticut Bank & Trust, Connecticut Trust & Safe, Hartford Trust, Phoenix Trust, Maine National Bank and some smaller ones over a five year period. The year I arrived at the bank it was rolling, having earned a $74 million profit. The next year when I left they lost $1.2 billion. The question is why?

Their strategy to acquire banks made them a national player and rival to Bank of America and Citibank. Where they failed was in executing the integration strategy, particularly in the lending departments. Their failure to control their lending practices led to numerous bad investments in real estate. Now, this was the time of the historic Savings & Loan collapse. Real estate plummeted in 1990 leading to a minor recession and BNE got caught in the wash. On the plus side, my foreclosure department was humming.

I’m going to go off on a quick tangent here. The foreclosure department had an incentive plan which offered paid days off based on the number of houses we could foreclose. During normal times, we might have been able to earn 1 or 2 a year. During the recession, I was earning 2 per month. I’m a scoreboard-oriented guy and this plan was ripe for the picking. Foreclosures became a numbers game devoid of any emotion…for me. The pitch was simple. We prepared the documents, got the court orders, sent a U-haul and Marshall Tucker and his band, and can’t you see the house belongs to the bank.

If you think I’m sick for doing this job…oh well, if I’m in for a little of this story it might be all the way. I will apologize for my youthful ambition in advance. This was the era of dot matrix printers. I would print tombstones with the foreclosee’s name and the eviction date and post these on the walls of my office. But, that wasn’t good enough. I had a large map of New England on the wall facing me. With every foreclosure, I would go to the map and affix a smiley face sticker on the town where I just took back a house. By the time I left the bank you would have thought my office was the happiest place in the world based on all the smiley faces.

I worked hard at my job to get the extra days off. I was good at my job. And, the management of the bank made my job easy because they did not execute their strategy properly. They were giving house loans away to boost their balance sheet. And, in the end it was tragic for the bank…and more so the poor people whose houses I reclaimed.

Quick show of hands. How many of you worked for a company that failed to execute a grand strategy? My magic mirror shows me that quite a number of you have your hands raised. There is a small manufacturing company near me that struggles with execution. Tell me if this sounds familiar to you. The president walks into a meeting and outlines a change in strategy and what she wants implemented. Then walks out to handle another pressing item. Two weeks later she is frustrated that the changes did not get implemented the way she envisioned and makes yet another change. Sound familiar?

That’s similar to the executioner flipping the switch for just a few seconds…buzz…you got ringing in your ears and a little shock. That’s not execution. It is closer to getting a weekly shock therapy treatment from Nurse Ratched.

I am now going to give you my unscientific, non-peer reviewed theory on execution. Are you ready? Got your pencils out? Here it is: Blue’s Clues.  You heard it right!  Blue’s Clues.  It has been endorsed by at least one floppy haired host in a striped shirt and baggy khaki pants. Blue’s Clues was the revolutionary children’s show that aired on Nickelodeon in the 90’s and 2000s. The show’s format was to have the live action host, Steve, follow his dog Blue through the house uncovering three clues about what the dog wanted to do. Simple right? And for those of you with children in their mid-teens to early twenties it should sound familiar.

Here’s how it relates to execution. The show was designed to let children solve a puzzle from three clues. Most preschoolers struggled with the puzzles when they watched the show for the first time. However, the brilliance of Nickelodeon was that they showed the same episode every day for a week! By the end of the week the children gained the confidence to solve the puzzles on their own. In their test marketing children were even shouting to Steve where the clues were! By repeating the message the children knew what to expect and how to perform.

Blue’s Clues is a great divergence from what I see in many management teams where the strategy is delivered and left for the unprepared to execute on their own.  Strategy is only one component in the organization’s heartbeat. The consistent and persistent follow through in the delivery of the strategic message is critical to achieving the strategic goals. One and done is the same as over and out.

I encourage you… if you’re going to be an executioner…be a good one. Get the job done right. Work hard enough to have your employees shouting out the answers to you…or scream when it’s mail time. Like on Blue’s Clues. I love mail time.

Folks, thank you for listening to Swimming in the Flood. It’s tough navigating life’s currents but with one tact or another we can get there together. You can find more podcasts and videos on my website at www.trenttheroux.com. Music today is from Bensound. If you enjoyed today’s show, please tell a friend, leave a comment or subscribe. If there is a topic you would like me to explore shoot me an email at info@trenttheroux.com. I look forward to getting together next week. See you.

07. Mastering Your Brand
Scroll to top