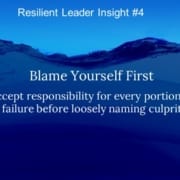 Have you ever used another person’s voice to tell a story? Invoked someone else’s speaking pattern and accent for effect? Why? Is it because you are a gifted impressionaro or is there another reason?

Quick show of hands how many times have you used someone else’s voice in a story where they did something wrong to you? My magic mirror shows that a lot of you have your hands raised. Why do we do that? Why do we relive an event through another person’s eyes?  Is it to make ourselves look better to our audience?

This classic human behavior is called mirroring. Mirroring is a subconscious action. It’s a kind of universal signal that helps us survive and relate to others. We do it with social actions as well.  Notice someone wearing a new and interesting hair style and before long many people wear the same style. It’s mirroring. It’s the only quasi-intellectual reason I can use to explain twerking in nightclubs.

Scientifically, we possess a neuron that recognizes faces and understands expressions. Maybe you’ve noticed that you feel happier when you are with funny people or you feel more despondent when you are with grouches. In a study published in the Journal of Individual Differences, extroverts were found to mimic others more because being liked by others is a higher priority compared to introverts.

So why do we impersonate someone we perceive has wronged us? I know you’ve used this tone before, “And so she said to me I didn’t eat your fries. I told her that if she eats my French fries one more time I am going to pull that wig right off her head.” Ugh. There’s a reason I don’t do voices. But, we all do this in some form or another. We blame others and we do it in their voices. Jamie Foxx would say we should blame it on the Al – Al- Al – Al-Alcohol. Michael Cain blamed it on the rain. Milli Vanilli blamed it on the rain. And we all know how that worked out.

The New Orleans Saints lost a heartbreaking game in the NFC Championship to the Los Angeles Rams. Every news outlet covered the “pivotal call.” A Rams defender intentionally committed pass interference against the Saints late in the fourth quarter and the referee did not throw a flag. Saints fans were apoplectic. They swore that the refs cost them the game and a visit to the Super Bowl.

I don’t see it that way. Often, it’s easier to blame someone else than look at yourself as the probable cause of the failure.

You may recall from the game that the Saints were up by two touchdowns. They had the number one offense in the league and were ahead by two touchdowns. They didn’t lose because of a blown call. The lost because they let the other team back into the game. They systematically failed to control the balance of the game and allowed the Rams to make it competitive.

The Saints, Head Coach, Sean Payton, acknowledged in the press conference that he was responsible for the loss. It was his decisions earlier in the game that created the pivotal situation and the opportunity for outside influence. This admission served three purposes which I consider to be very useful for business managers. First, he refocused the conversation away from a blatant mistake by the referees to his individual failure in an attempt to take the air out of the notion that the game was decided…that the Super Bowl was decided by one call. Second, he let his players off the hook from the emotional distress they would feel from losing a heartbreaking game. Before the start of the playoffs, Saints tight end, Benjamin Watson, announced his retirement effective at the end of the season. The blown pivotal call cost him the grand opportunity of playing in the Super Bowl as his final game. Coach Payton attempted to assuage a modicum of the pain by accepting the loss. Third, and most important, Coach Payton followed the greatest management axiom, “Your team gets to revel in the win and you, the manager, are always responsible for the loss.”  That’s the way it works when you sit in the big chair. If you don’t understand that by now, you need to change seats.

I am going to give you my unscientific, non-peer reviewed theory on management responsibility. Are you ready? Got your pencils out? Here it is: Ask the man in the mirror. You heard it! Ask the man in the mirror. It has been endorsed by at least one royal pop star wearing a single sequined glove. The concept is that we first need to see what we did wrong in a situation before we adopt someone else’s voice to tell a story. We need to hold ourselves accountable above and beyond what we expect from our teammates.

This was an exceptionally hard lesson for me. Many of you know that I was in a violent boating accident. When I was pulled into the boat that struck me, the passengers were screaming… at me. And cursing. I had no feeling in my legs and left arm. When they let me go, I collapsed onto a table. Then they realized the severity of my injuries. They could see the red blood soaking through my white t-shirt. Two of the men got close to my face to console me. Their breath reeked of stale beer. Beer cans were strewn throughout the floor of the boat. My resentment for them was instantaneous.

I blamed the captain for mutilating my body. I wanted him to suffer as badly as I was suffering for as long as I was suffering. I mean how could that bastard not see me in my bright yellow kayak? I felt complete rage for being put in a wheelchair.

I carried that fury and anger for many years. Ten years to be precise. Ten years after my accident I started my charitable foundation to provide durable medical goods for those with spinal cord injuries. I met people who suffered a similar fate to me yet did not have a drop of malice in their hearts. How could they be so understanding? So compassionate? It was unfathomable to me and made me question my own values. Maybe I was the one who was wrong.

I sat on the coastline one morning and looked over the spot where the accident took place. It happened at night. In the dark. Unknowingly, I put myself in harm’s way. Yes, the captain didn’t see me, but I was the dumbass who created the scene by being near the channel. I finally accepted blame for the accident and absolved the captain of the guilt. It took me years to ask the man in the mirror. Ten years.

Folks, thank you for listening to Swimming in the Flood. It’s tough navigating life’s currents but with one tact or another we can get there together. You can find more podcasts and videos on my website at www.trenttheroux.com.  If you enjoyed today’s show, please tell a friend, leave a comment or subscribe. I am also willing to take comments and suggestions. Just drop me an email at infor@trenttheroux.com  I look forward to getting together next week.

05. Walk the Runway
Scroll to top