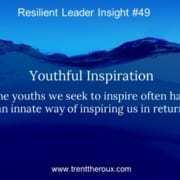 The format of this podcast will be different from the previous fifty we’ve previously produced.  This podcast will feature one story and one inspiring young man.  I think that when you are done listening you will understand how appreciative I am that this story came to my doorstep and how grateful I am to be able to provide a modicum of help and exposure.

On July 22, 2019, North Carolina state Highway Patrol trooper Christopher Wooten was on motorcycle patrol in the greater Charlotte area.  Trooper Wooten witnessed a driver run a red light and attempted to pull him over.  The driver refused to yield to Trooper Wooten and continued driving, with Wooten in pursuit.  The driver ran another red light with Wooten directly behind him.  At the intersection of Tuckaseegee Road and Edgewood drive, a pickup truck driving the other direction struck Officer Wooten.  Witnesses said that Wooten was thrown from the motorcycle and landed across the street in a grassy area.

Chris, his wife and two daughters cleared one emotional hurdle; he was going to live.  The next hurdle may be even higher and harder to cross.  Trooper Wooten was transported, via police escort, from Charlotte to Atlanta’s Shepherd Center for specialized spinal cord treatment and rehabilitation.  The Shepherd Center is one of the nation’s leading rehabilitation centers.  At the Shepherd Center, they believe that life can still be fulfilling and enjoyable, regardless of the severity of the injury.  They help patients set goals, adjust to living with a spinal cord injury and achieve positive outcomes.

The six-month program at Shepherd Center molded Chris for life in a wheelchair.  Issues about going forward aren’t just about the inability to walk.  They also include the effects on your family, the physical layout of your house, transportation and what may be most important – what purpose can you find in your new life.  I have said this on stage many times.  A spinal cord injury is different from everything else in this one way – In one second your life changes.  Everything you knew is gone and it takes more than you know to start again.

While in rehab, Chris received love and support from his friends and family.  A Go Fund Me page was created.  I was most impressed with the effort made by one of his childhood friends. Chris was a huge wrestling fan in the 1980s and Ric Flair was his idol.  Ric received word of Chris’ injury and sent him this message.

Chris Wooten’s journey is both tragic and impressive.  But, nearly 20,000 people end up paralyzed each year.  How did this particular story reach my doorstep?  It was because I inspired someone nearly ten years ago.

The theory is simple.  Here’s how it works.  I received a phone call from one of my closest friends, Mike Sever, about three weeks ago.  Mike was my coach for my first charity swim called Back to Block.  The swim was on the ten-year anniversary of my paralyzing accident.  Back to Block raised $50,000 to provide durable medical goods for those with spinal cord injuries.  Mike was a driving force in my training.  He was the knock on my door at 5:00 every morning.  “Let’s go!” he would whisper into my window.  I would traipse out of the house, we would cross the road and jump into the ocean for our morning swim, rain, shine, fog, warm and cold.

Mike and I exchanged pleasantries on the call, like all long lost friends do.  Then, he told me that his son, Cooper wanted to talk to me.  I hadn’t seen Cooper since he was twelve and my best memories of Cooper were from when he was eight and involved in Back to Block.  Cooper got on the phone and I thought I was talking to Barry White.  Where did a 16-year old a voice that deep and rich?  Cooper then told me about his uncle who was paralyzed in a motorcycle accident, Chris Wooten.  The one year anniversary of the accident is July 22nd.  He told me of his uncle playing football with him when he was younger and his sadness over his accident.  Then the next line blew me away.  I mean take your breath away type of line.  Cooper said, “I want to create a charity swim to help people with spinal cord injuries just like you did, Trent.”  I couldn’t speak.  I couldn’t fathom that something I did stuck with this young man the way he was telling me.

Within a minute my focus changed.  I was pleased that I inspired Cooper, but then he began to tell me his plan, leaving me in awe.  Inspired.  Cooper is planning to swim 30 miles on July 21st and 22nd.  Let that sit on your tongue for a minute.  Thirty miles.  But wait!  He plans to do it in equal increments over 24-hours.  Cooper plans to swim a mile and a quarter, stop, then start again at the top of the next hour.  For 24 straight hours!  Quick show of hands in the audience.  How many of you can swim a mile and a quarter?  That would be 84 laps of a standard pool.  My magic mirror shows me that….many of you can.  How about trying that every hour twenty four hours in a row.  Now, we’re venturing on crazy!

I haven’t even gotten to the best part yet.  Cooper is aiming to raise $30,000 to benefit spinal cord patients who go through the Shepherd Center.  Is this kid amazing or what?  Let’s not forget, Cooper’s 16!  What were you doing when you were 16?  Driver’s Ed, long walks with your high school sweetheart, studying for the SAT?  How about putting together a fundraising plan, doing promotional videos, appearing in print and television to raise awareness for a cause.  His cause.  Did I mention that he’s only 16?  Let’s not forget that Cooper is fund raising while training and while holding down a summer job.

Constant listener, we talk about developing resilient leaders every week on this podcast.  We discuss the challenges leaders face and we try to analyze traits that we can learn to help us become stronger, wiser, compassionate, empathetic, and resolved.  I will admit to you that this week’s lesson isn’t being taught by me.  It’s being learned by me.  I would not have appreciated that the work Mike Sever and I did on Back to Block would blossom into this.  As resilient leaders we need to understand the impact we have on the community and the responsibility we have to foster it.

I told Cooper that I would join him in the swim.  I will stand on the starting line with him for every hour that my old body will allow.  Each swim should take about 28 minutes.  That give me two minutes to get out of the water. Three minutes to eat.  Twenty minutes to nap.  Three minutes to wake up and start again.  Hopefully for 24 hours.  For you Cooper and for your vision.  Here’s Cooper in his own words.

50. Raise The Anchor
Scroll to top