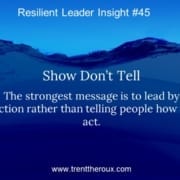 Silence is golden. There comes a time when silence is betrayal. The dichotomy between these two axioms is glaring. Let me give speech not to my thoughts in this period of civil discourse and unrest.

The question I am asking myself today is how best to lend my voice for positive change in society.

Have you ever been to a football game and watched a “super fan” staring back at his section screaming for them to stand up and cheer? You know this guy. He’s more concerned with getting you to cheer than he apparently is with cheering for the game itself. I watched this happen at a New England Patriots game a few years ago. The Patriots were making a goal line stand late in the 4th quarter. The “super fan” was instigating people to stand up and make noise. He was insulting us and insinuating that we didn’t care about the game’s outcome. In a flash, outside linebacker Donta Hightower came around the edge, strip sacked the quarterback and recovered the ball. The stadium roared. The “super fan” turned around and asked “What happened?”

Over the past two weeks, since the heinous murder of George Floyd I’ve seen the same act from other people of white privilege. In this time where the nation appears to be its most galvanized since 9/11, I have watched numerous acts of public shaming. I have received numerous calls to elicit my position on racial inequity. They are not as overt as, “Trent tell us…” They are more nuanced like, “if you don’t share this post with 50 of your friends then you are supporting racism in our police departments.” Or, a fellow board member stating that it has become increasingly incumbent that we issue a statement. Or, why didn’t you join the march today? Or, posts reading, “admit you are a racist.”

In none of these cases did I get an inkling that the writer was doing anything themselves that positively contributes to the situation. As Developing Resilient Leaders there is a time to speak, a time to listen, a time to build up, a time to break down, a time to dance, a time to mourn and a time to cast away stones. So please indulge me with the time to show you how I stand in this fray.

I am now going to give you my unscientific, non-peer reviewed, resilient leader theory on standing tall. Are you ready? Got your pencils out? Here’s it is. Show Don’t Tell. You heard it. Show Don’t Tell.
The theory is simple here’s how it works. Sydney Harris expounded on the African Proverb, “If you’re not part of the solution; you are part of the problem” by adding “but the perpetual human predicament is that the answer soon poses its own problems.” It is my firm believe that one cannot be a leader if you’re allowed to be shamed into action. One negates the other. However, we cannot be everything to everyone.

Environmentalist Greta Thunberg told us that “if world leaders choose to fail us, my generation will never forgive them.” The Me Too movement and its struggle against sexual harassment still permeates in society. Transgender rights are not fully secured on our country. We are one Supreme Court nominee away from changing the most divisive law of the land. And let’s not forget that only four months ago people were looking at Asians with a suspicious eye because of the novel Coronavirus.

My point is that each of these causes, issues are dire and important for the growth of our society. Yet, how can any reasonable leader actively serve everyone? How can any of us go all in on every issue. We cannot be everything to everyone.

For Developing Resilient Leaders, I give you this challenge – find your why! Simon Sinek’s brilliant contextual model outlines how leaders inspire with why. Please take this recommendation – watch Simon S-I-N-E-K’s TED talk and you will be blown away at its brilliance and simplicity.

My passion is to serve the spinal cord injured community. Here is my why. I serve because I got out of the wheelchair and I serve those who can’t. My cause is no less valuable to the people with spinal cord injuries that the other issues I listed above to their victims. To suggest otherwise is selfish and myopic. The Americans with disabilities act of 1990 ushered in dramatic improvements in the rights of those with disabilities and access to the previously unattainable. Yet, how many stores consider that they’ve complied because of a separate stall, a ramp or wider doorways? Most buildings consider the basics only – the minimum to meet building codes. Where is the rioting over that? How many times have you watched someone park in a handicap spot using the logic “I’ll only be a minute?” What action has been taken to call that out? How many times have you watch someone park so close to a handicap van that a person in a wheelchair can’t access the panel door? I don’t see any cars burning over that? If you say that it’s not the same as any of the items I listed above than I will say that you could tone deaf because you cannot hear the issue of the person who cannot get in or out of their vehicle.

Where is the justice for those who lose movement, feeling in their legs or arms? When I suffered my spinal cord injury, I needed to rent a hospital bed for my house because I could not climb stairs. The bed cost $1,200 per month. Outrageous! Most people don’t have that kind of money, particularly if they can’t work, or if they can continue their trade because of their injury. That became part of my why. I created and funded a foundation to provide durable medical goods to those with spinal cord injury. Items that were not covered by insurance. Not once did I post that your silence on spinal cord injury discrimination is consent. I led by showing people a direct path to help.

Please don’t infer some meaning from my words. I am direct. Don’t interpret my subtext. Read my words. Resilient Leaders do not allow themselves to be shamed. Stand tall. Show people what you are doing. Lead by action, not by mere words. Henrik Ibsen wrote, “A thousand words equals one act.” If you want my thousand words on police injustice, I’ll be briefer. Amend Graham versus Connor. If you are not familiar with that landmark Supreme Court decision, then you don’t understand the issue with police violence. Chief Justice Rehnquist wrote the “objective reasonableness” standard into interpreting a policeman’s actions when using force. The opinion has offered near immunity to the police in cases of deadly force. If you want force reduced, you must remove the shield that protects them. Only when police are judged as trained citizens will force and brutality be minimized. Short of that we are only treating symptoms rather than finding a cure.

Rather than 1,000 words, act for your cause. Act now. Use actions as the foundation for leadership. I herald the peaceful protesters in Minneapolis, New York, Chicago, Los Angeles and small towns across the land. I praise their leaders for organizing and rallying support for their righteous cause. And I commend them for the stances they are taking for improving the tenor of racial inequity in police forces throughout the country. Show people what you are about rather than tell others what they should be.

Folks, thank you for listening to Swimming in the Flood. I apologize that I wasn’t my humorous deprecating self this week. There are times in the course of events when a more serious tone is required. Resilient leaders face challenging currents and it is tough navigating, but with one tack or another we can get there together.
If you enjoyed this episode, please subscribe. That way you can enjoy developing resilient leader theories hot off the presses. Also, I ask you one small favor. Please suggest it to a friend.

You can find past podcasts on my website. Please take a minute and check them out at www.trenttheroux.com
Thanks for taking the time to listen. See ya.