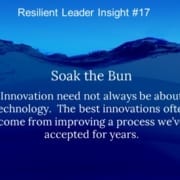 Have you ever seen an innovation which made you think, “I came up with that idea years ago?” On Demand TV is that innovation for me. My mother took me to see The Bad News Bears, the original in its original run in 1976, at the Newport Opera House Theatre. She told me in the lobby that the boys would be using some bad words and if she ever heard me using any of them she would wedge a bar of soap in my mouth. She was right. There were a lot of words I never heard before like crud, turd and booger. The racist and sexist jokes went past me, but I clearly understood that 12-year old boys were making fun of each other. Later that night, I was watching television and thought how cool it would be if I could watch The Bad News Bears again right then. I could watch the movie over and over to memorize the jokes. “What does   Wait, I could do the same for Looney Tunes. I could watch Bugs Bunny whenever I wanted rather than assume mean?” only at 4:00 after school. This was a brilliant idea. I just mentally invented On Demand TV, maybe thirty years too early and definitely several million missing scientific brains cells too late.

In its purest sense, invention can be defined as the creation of a product or introduction of a process for the first time. Innovation, on the other hand, occurs if someone improves on or makes a significant contribution to an existing product, process or service.

Spotify is the world’s largest music streaming subscription service, and has played a key role in transforming how consumers experience music by offering unprecedented convenience, accessibility, and data-driven personalization to drive discovery and engagement. Founded in 2006 in Sweden, the company over 80 million paying subscribers. Spotify’s streaming access model reversed the industry’s declining revenue trend, unlocking revenue and adding value for consumers, artists, and all players in the music ecosystem.

Let’s remember the world before Spotify. The first wave of internet-based music services, like Napster, facilitated piracy and illegal digital distribution, significantly reducing global music revenues, which declined by 40% from 1999 to 2014. Sixteen years of annual revenue declines coupled with poor and unreliable customer experiences in pirated music created a market where both publishers and consumers were receptive to a new solution. Spotify’s streaming model was a key driver of the music industry’s inflection point; from 2011 to 2017, the streaming category grew from 9% of revenues to 72%. In 2016, global music revenues reached its highest annual growth rate in 20 years, increasing 6% to reach $15.7 billion. Spotify’s revenue represented 23% of the global music market in 2016 and 30% in 2017. More importantly, it now represents 42% of the streaming music market – the largest and fastest growing portion of the market. The company is well-positioned to scale its user base and capture revenue opportunities in recorded music and more broadly in the music industry.

You may also remember that to buy music you could go to iTunes and for a cheap $0.99 you could digitally own a song. Or, if you were really old school you could walk into Strawberry’s and buy a CD. You might have to wait behind someone buying the best of Barbara Streisand. There sure wasn’t anybody in line buying Slim Shady.

Digital music existed before Spotify. It was the innovative business model that changed the market. Spotify leveraged music’s inherently social nature to drive sharing and discovery amongst users. Unlike earlier music piracy services that destroyed value for music industry revenues with each share, Spotify created a viral loop that increased the value of the market and network with each new user. Spotify’s growth-oriented social features such as shared links, shared playlists, and aggressive integrations with social networks connected to a market ready consume music in a different way. Truthfully, when was the last time you purchased a compact disk? Do you still own a CD player, other than maybe in your six year old car?

Resilient Leaders are innovative. They are constantly seeking opportunities to build better mousetraps for their companies and for themselves. By the way, there is a misnomer that all innovation needs to be driven by technology. I contend that this statement is false. It is correct that some of the most economically altering events were driven by technology. However, we should not dismiss those innovation driven by heart and desire and simplicity.

I am now going to give you my unscientific, non-peer reviewed, resilient leader theory on innovation. Are you ready? Got your pencils out? Here it is: Soak the bun. You heard it. Soak the bun. This theory has been endorsed by one Japanese, hot dog engulfing, sport changing pioneer.

The theory is simple. Here’s how it works. Takeru Kobayashi, on July 4th, 2001 won the Nathan’s Coney Island Hot Dog Eating Contest. To say that he just won the contest is a disservice to Kobayashi, he destroyed the field. The contest measures how many complete hot dogs a person can eat in twelve minutes, bun and all. This was Kobayashi’s first attempt at the contest and he ate fifty – 5-0 hot dogs in twelve minutes. That doubled the previous record of 25. The record was so unexpected that the organizers ran out of signs indicating how many dogs Kobayashi had eaten and had to resort to handwritten signs.

Now, most of you probably have an impression of a competitive eater as some obese biker type wearing a sleeveless t-shirt. Not so. Kobayashi is closer in size to the nerd you knew in junior high school algebra. He’s small. 5’ 8” Maybe 125 pounds. Your basic beanpole. Yet, Kobayashi took down the obese biker types in a food eating contest. The simplest question is how? Innovation, resilient leaders. Innovation.

In an interview on Freakenomics Radion, Kobayashi said, “the other competitive eaters were asking themselves: “How could I fit more hot dogs in my stomach?” I asked a different question: How can I make one hot dog easier to eat?”  A brilliant way to consider the flip side of a coin.

Kobayashi said, “The key to me was that I had to change the mentality that it was a sport — it wasn’t having a meal.” Kobayashi noticed previous competitors in the hot dog eating contest ate as if a friend had dared them to eat a bunch of food, whereas he saw an opportunity to dissect the physical action of eating and optimize it for speed and efficiency.

Kobyashi began intensely experimenting with different techniques for sausage (and bun consumption. It was during this time he crafted the game-changing bun dip, where he dipped the hot dog bun in a cup of water to break down its starch, squeeze out the excess water, and toss it into his mouth as a ball. It wasn’t appetizing (or visually appealing), but it worked.

His technique revolutionized the sport of competitive eating. He dipped the hot dog bun to innovate and dominate his field.

Man, this discussion is making me hungry. I’m going to go off on a quick tangent. This 4th of July week, I am going to have a juicy hot dog. I prefer mine with spicy mustard, some celery salt, onions on top and I’m going to wash it down with an ice cold coke. Then, I going to watch The Bad News Bears on my On Demand TV.

Folks, thank you for listening to Swimming in the Flood. Resilient leaders face challenging currents and it is tough navigating, but with one tack or another we can get there together. You can find more podcasts and videos on my website at www.trenttheroux.com. Music today is from Bensound. If you enjoyed today’s show, please tell a friend, share the link on your social network…subscribe. I would be happy to discuss speaking at your next conference or event. Just write to me at info@trenttheroux.com. Send me a quick message if you have an idea that needs to be looked at through a resilient leader lens.  Thanks again for listening. I look forward to getting together next week.