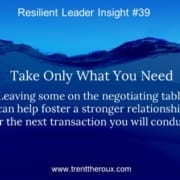 I was shopping in my local supermarket last week.  My mouth and nose covered with a surgical mask and I was snaking through the aisles in the new one-way traffic pattern.  There was a run on Brussel sprouts.  It’s nice to see during a pandemic that parents are feeding their kids healthy foods.  The line at the deli counter could not have been more genteel, each offering others the opportunity to be served in front of them.  The fishmonger smiled through his mask when he told me that he had a great cut of salmon.  The store had only a limited number of shoppers and the reverence in everyone’s spirit was palpable….until I reached the paper products aisle.  It looked like it was ransacked by the Vandals.  There were only scraps of paper and plastic strewn along the walls and the floor.  I had a cold feeling come across me like reading T.S. Eliot’s The Wasteland.  Signs down the aisle reading “One Per Customer” were ripped off the walls.  One was marred with graffiti.  I approached the stock boy who was sweeping the debris and asked if there were any paper towels in the back.  He guffawed and said that I would need to win the lottery to get paper towels from here.  I heard his mocking laughter as I walked away and thought “how much extra poop is there to clean during a pandemic?”  The answer of course is none, but that’s not the real reason the shelves are empty, is it?

The Wasteland was exactly how I felt leaving the store.

April is the cruelest month, breeding

Lilacs out of the dead land, mixing

What drives people by the thousands to eviscerate the toilet paper, paper towel and disinfectant aisles?  Sure the easy answer is COVID-19, but that doesn’t explain why to me.  I think the answer is closer to deindividuation theory.  Deindividuation is a concept that is generally thought of as loss of self-awareness.  In Gustave Le Bon’s The Crowd: A study of the Popular Mind, Le Bon posits that a loss of personal responsibility in crowds leads to an inclination to behave primitively and hedonistically by the entire group.

Simply put, fear of COVID-19 is manifesting itself as mob mentality in the grocery stores.  Sure, people are paying for toilet paper rather than looting and starting fires, but that might be a yet.  This primitive and hedonistic behavior takes its roots because of the intense and omnipresent news coverage about end of days and the need to stockpile.  The reporting is reckless and sensational, just the way the news outlets like it.

Some of this primitive and hedonistic behavior is being illuminated in the corporate world as well.  The government is preparing to release its second round of the Payroll Protection Program, or PPP.  The PPP is designed for small business of 500 employees or less to apply for a loan so they can retain their employees.  If the employees are retained through September, the loan turns into a grant.  This is a beautiful way to keep paychecks in people’s pockets, allow businesses to retain their talent through the crises and allow some breathing room for the economy.  Except…except for the greedy ones.

It has been plastered in the news that Shake Shack took the PPP maximum of $10mm for their company.  Shake Shack, a publicly traded company with nearly $2 billion in market capitalization.  Granted, the valuation is down from $4 billion a few months ago. Boo hoo.  These clowns used the restaurant exclusion to secure the loan, but they’re not alone.  Ruth’s Chris Steakhouse, they of over 6,000 employees applied and were awarded two loans for $10mm each.  Which coincidentally is the price of one of their filet mignons.   The people that really take the cake are the brilliant minds from Harvard University who received a $10mm loan.  Harvard…they have a $40 billion endowment fund!  $40 billion.  That is the exact size of the Massachusetts state budget for 2019.  The whole state!  $10 million for Harvard won’t even cover the bar bill, unless they’re eating at Ruth’s Chris.  Then, it would be about right.

Is this greed?  No.  I think about it slightly different.  Each of these organizations followed the hastily drafted rules to be eligible for the PPP.  They all legally qualified to receive the money.  The question is did they need it?  Did they need it more than the thousands of smaller companies who were shut out of the process because they don’t have the clout or cache of the larger organizations?  The answer clearly is no.  They took the money because they could even if they didn’t need it.

Sounds to me like the way thousands of people shopped for toilet paper.  They didn’t squeeze the Charmin because they needed an extra 12-pack.  They grabbed the Quilted Northern because they could.  They were operating under a mob mentality, deindividuation.

The theory is simple here’s how it works.  Do you remember when you were at the dinner table as a child and your parents told you take all you want, but eat all you take?  That was a common refrain for me.  Eat all I take.  I learned from that lesson not to reach for more food than necessary.  It was a tough lesson, though.  Trust me.  Here’s another saying that I’m sure you heard as a youngster.  Trent, your eyes are bigger than your stomach.  Yup!  If I saw a box of chocolates…gone.  Bag of cookies…gone.  Cool Whip in the fridge…gone.  It took me most of my formative years to control the impulses to take something because I needed it rather than I wanted it.

Developing resilient leaders can apply this concept to their negotiations. Every transaction doesn’t need to result in you gutting your counterpart.  Leaving some on the table can help foster a stronger relationship for the next transaction you will conduct.  You can also consider what State Farm and Progressive are doing by returning a small amount of customer’s premiums.  This is a brilliant piece of marketing.  The companies are saving tens of millions in claims because nobody’s driving under the shelter in place orders and they’re returning a fraction of their savings.  Yet, regular auto drivers feel goodwill because some money was returned.  State Farm appears to have taken only what they need.  Outright greed serves no one well. It only creates a barren wasteland in the marketplace and deprives the many from simple enjoyments.

After the frosty silence in the gardens

After the agony in stony places

The shouting and the crying

He who was living is now dead

We who were living are now dying

T.S. Eliot was writing about the death of literature and art in favor of jazz and movies.  The early 1920s was a revolutionary time and Eliot was fearful for the demise of culture.  COVID-19 is changing our culture, toilet paper hoarding and all.  I hope that this doesn’t change us too much as a society.  I hope that we can retain some of the innocence and wonder of yesteryear.  Then again, if Eliot was fearful of talking movies what would he have thought about binge watching Tiger King on Netflix?

If you enjoyed this episode I ask you one small favor.  Please suggest it to a friend.  Our network has grown over this past year of producing podcasts and I thank the constant listeners for their support.

This week, I’m delivering a keynote speech via Zoom titled Resiliency is a Reflex.  I am trying to make it a humble message in a turbulent time.  If you’d like me to deliver a similar message to your organization, please email me at info@trenttheroux.com.   I’d love to discuss some of the details.  Or, check out my website at www.trentttheroux.com

Thanks for taking the time to listen.  See ya.

40. Reward The Deserving
Scroll to top