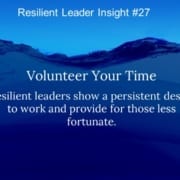 How long is your chain? Well, that was a rather awkward question. Sorry, I wasn’t jerking your chain, yanking your chain or listening to Two Chains. I sincerely want to know how long your chain is. Have you forged a long and heavy chain? A heavy steel chain tied down with cash-boxes, keys, padlocks, ledgers, deeds, and heavy purses. Is that your chain?

“I wear the chain I forged in life,” replied the Ghost. “I made it link by link, and yard by yard; I girded it on of my own free will, and of my own free will I wore it.” You may recognize this passage from Charles Dickens’ A Christmas Carol. Scrooge just met the ghost of his business partner Jacob Marley and was frightened to see the man he knew since a boy tormented by his position in the afterlife.

So, I will ask again – how long is your chain? I guess the answer for each of us is that we don’t actually know until we reach the afterlife. Many of us, myself included, probably think that our chains aren’t that long. We probably think that we are kind and generous people and perpetually in search of doing what is right. Maybe I have a story that will question that ethos.

A Christmas Carol has been performed by Trinity Repertory since 1977. Adrain Hall’s musical interpretation of the fabled moral classic leaves audiences tapping their toes when they exit the theater following the redemption of Ebenezer Scrooge.

My son, Max, auditioned to be in the show when he was seven and to our surprise, he was cast as Tiny Tim. He fit the role so well that he was in the cast when he was eight and nine…then he hit a little growth spurt and he wasn’t so tiny anymore. A quick tangent. Matinee shows were often attended by local schools. It was a wonderful treat for students to attend an adult theater production. Following one performance, I was prepared to take Max for lunch before I drove him back to school. He was out of his costume and make up and transformed back into being just Max. There were three school busses lined up in front of the theater. When Max and I exited the theater we heard one girl scream, “There’s Tiny Tim!” Girls pressed against the inside of the bus, pounding their fists on the windows screaming, “Tiny Tim, Tiny Tim.” It was an out of control scene straight out of a Justin Bieber concert. “Tiny Tim, Tiny Tim.” I asked Max if he wanted to stay a while around the bus. “Nah,” he said, “can we get pizza.” I sighed thinking “Son, there will be a time in your life when the pizza won’t seem so important.”
I remember one night in Max’s first season. We walked out of the theater with the crowd. Normally, we would wait under the marquee for Max. As we walked out of the theater we noticed three beggars along the front wall on both sides of the marquee. Theater patrons exiting the show stepped around them, over them and in one case through them to get from the cold night back to the comfort of their cars.

To me the scene was disgusting. Minutes before, these patrons cheered and clapped for one of the greatest redemption stories in literature. The watched Scrooge turn from a squeezing, wrenching, grasping, scraping, clutching, covetous, mean old man into a lion who cherished the poor and his own salvation. Yet, when given an opportunity to apply the lesson they just witnessed, the theater patrons trampled over the beggars in the street as if they didn’t exist.

Hard and sharp as flint, from which no steel had struck out generous fire; secret, self-contained, and solitary as an oyster. That was Scrooge and maybe some of the patrons.

I witnessed a social experiment take place in three acts. First, the beggars knew their target market. Affluent people who just were touched by a story of generosity towards the poor. The beggars positioned themselves in the perfect spot and at the perfect time to take advantage of these emotions. Act Two, in every show since, the police stationed an officer outside to thwart beggars from taking residence in front of the theater, mainly to eliminate the inconvenience felt by the theater goers of seeing beggars in the street. Final Act, the theater started asking for donations to benefit the local food bank. At the end of each show, the cast announced that they would be posted near the exits collecting donations.

Now, here is where I observed people forging chains. The majority of the patrons did not put money into the baskets. I’m not criticizing people for not giving money. Charity is how you define it. Charity does not need to be given in money; it can be given various ways. But, charity needs to be given. Developing Resilient Leaders should accept that they are fortunate – fortunate to be given the skills to know that they are leaders – on the cusp of being leaders – on the path. And, leadership requires responsibility. It requires responsibility towards society as a whole. Marley’s chain grew and grew because he forgot that responsibility. The story shows how idealistic Marley was as a youth. The world to him was beautiful and he was fortunate to have a magical place in it. Time eroded that idealism. Hardened him. Marley died young. Only in death could he see the massive chain that he forged. Only after it was too late for Marley did he appreciate how he isolated himself from his fellow man.

I am now going to give you my unscientific, non-peer reviewed, resilient leader theory on showing charity. Are you ready? Got your pencils out? Here’s it is. Give time to a soup kitchen. You heard it. Give time to a soup kitchen. This theory has been endorsed by nearly 20 million Americans who use their services in any given year.
Here’s how the theory works. Maybe you are like me in that you feel good when you donate money to charity. You write a check, use the “donate now” button on Facebook, or stuff a few dollars in the Salvation Army bucket. It makes you feel good about yourself. For a long time in my life giving money was a fair way to measure that I was a good person and doing my part for society. It took years to realize that I was only assuaging my sense of guilt. I gave money mainly out of guilt.

Now, I give my time. I donate my time (and my money). I’m proud of the work that I do for RISE Above Paralysis. Many of you know my story and understand how personal their mission is to me. My mission has become – I do for other because I got out of the wheelchair. I do it for those who won’t get out of their wheelchair. That’s the lesson I learned.

Marley learned that lesson and sought to teach it to Scrooge. Live with an open heart. Care for others. Be kind. Be gentle. Think of how you can improve people rather than ameliorate guilt. It is these lessons that will make us Resilient Leaders.

I ask of you this holiday season. Give some of your time to your fellow man. Help them string up some lights. Let them in front of you in rush hour traffic. Work two hours in a soup kitchen. It doesn’t need to be money. Charity is defined as help for those in need.

In the words of one of my favorite characters, “Come in, — come in! And know me better, man! I am the Ghost of Christmas Present. Look upon me! You have never seen the like of me before!” I sincerely hope that after this season of giving, the resilient leaders in the audience will be able to say the same to strangers as they pass along the sidewalk.

Folks, thank you for listening to Swimming in the Flood. Resilient leaders face challenging currents and it is tough navigating, but with one tack or another we can get there together.
If you’ve got a couple of minutes, please check out my new website, trenttheroux.com. I’d love feedback if you have any. And, while you’re thinking of it – subscribe to the podcast. That way you can get developing resilient leader theories hot off the presses.

I look forward to getting together next time. And, in the immortal words of Tiny Tim, “God bless us all, everyone!.”